I've never been "political." Far from it. I would vote a straight Republican ticket, no research, no discussion, no thought. Straight vote. See you in 4 years (because did mid-term elections matter at all?), losers.

But if you've tuned into the podcast in recent weeks, you've noticed that Hannah and I have turned conversation to the primaries. THE PRIMARIES. The bane of old-me existence.

Do I care more about politics now than I did at 18 when I stayed up through the night to see if W. would pull out the win over Gore? No. But am I into pop culture just as much? Absolutely. And now more than ever, pop culture and political news aren't divided into separate silos.

While I still don't care to deep dive into policies, mainly because as I've found myself becoming increasingly more moderate, I honestly don't know where I land on many individual items. But now I love talking about it. I love discussing politics the way I love discussing the Housewives (which is very, very much). Because the more conversation I have, the more clarity I become on my own stance. Dialogue brings me clarity... and it takes taboo away from differences.

The more we can talk about it, the more we can find understanding between ourselves. On the issues. On how unified we all actually are. And how to vote responsibly. So while we're still months away from the election, and I probably will continue to only take online quizzes to tell me who I should vote for, and I'll get my most valuable information from Buzzfeed's Twitter roundups, you'll hear me talk about it... so I can stride into a voting booth with confidence... not on the coattails of a straight ticket decision.

If you're curious about anything voting-related, whether that be the dates of your next election, your registration, or your ballot info, check out Vote.org for non-partisan information. 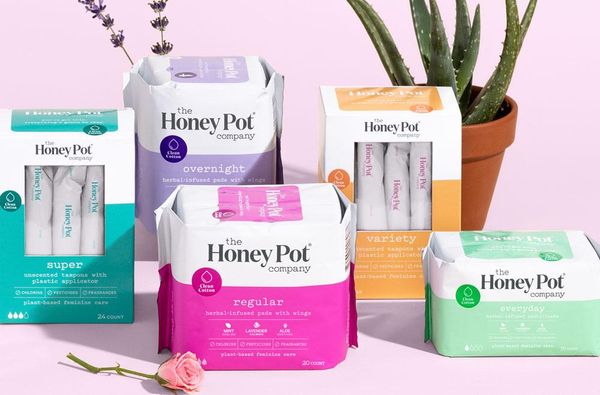 Sometime early last year, I started to re-think my period. This may sound like an ad for a big period product company, but it's quite the opposite.

We released an episode on the wellness industry called You're Welcome for the Free Fitspo. Our friend Chrissy from Mindful Mommy Nutrition weighed in with feedback.